Reflections on Agriculture as a Cultural Impulse

Reflections on Agriculture
as a Cultural Impulse

The living existence on earth is a dying one. The dwindling biodiversity, not least due to human influence, has now reached people's consciousness. However, a withdrawal from nature "as a protective measure" would not fundamentally change this; on the contrary, nature is increasingly dependent on conscious care by humans.

The earth is the body of the risen Christ. Thus all life processes are also permeated by Him. Can our culture-creating activity in the processes of nature and life ("agri-culture") lead to conscious cooperation with Him? Can we learn to look with Christ's eyes not only at our human brother (Christian charity) but also at the kingdoms of nature? What does this mean for our practical work in agriculture? 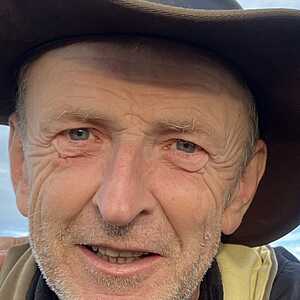 Born 1961 in Jena (GDR), training as gardener, work in a biodynamic perennial plant and tree nursery in Jena, studies of garden and landscape design in Erfurt, one year work in planning of open areas in Frankfurt (Oder), studies at the seminary of the Christian Community in Leipzig, 1988 ordination, work in the congregations of Weimar, Erfurt, Münster and Osnabrück, since 1999 living and volunteering at the CSA farm Pente.

Born 1984 in Berlin (GDR), after high school emigration to Sweden, training as farm manager for agriculture and master gardener, work on organic and biodynamic farms in Sweden and California, teaching and consulting work for biodynamic agriculture in China, as well as 7 years work as certification-controller for Demeter and 14 years work as bus driver, studies at the seminary of the Christian Community in Hamburg, 2022 ordination, work in the congregation of Oslo (Norway).